Overall, international issues, excepting COVID, have been fairly quiet as of late. Not much has been affecting seed shipments beyond the normal bumps we see on a frequent basis. With many prices being lower, Oregon has a price advantage compared with many other production regions and that has caused an increase in overall exports.

The committee is watching a few things to see if they become larger issues. One is the OECD tagging issues that Seed Certification brought to the industry’s attention. More on that below.

Another thing to pay attention to is that Korea is scrutinizing oat seed shipments very closely again. They have a testing methodology for PSC that is different from ODA’s and can result in false positives. It is the same issue that we had with PSA testing a few years ago. Ric Dunkle at ASTA is aware and hopefully we can work with USDA-APHIS to come up with a solution similar to that of the PSA issue. In the same vein, we have been made aware of an insurance company who will write “ship back insurance” for cases like this. If you are interested in that reach out to the International Committee and I will connect you.

Seed Import Quarantine Program: ASTA has been working to assist OSA members on this issue. Below is the latest update:

OECD Tagging Issue: The committee received the following alert from Andrew Altishin on OECD tagged shipments going into Europe. Please notify your warehouses, taggers and palletizers to be aware of this issue and do their best to make sure the stapled tags are secure.

This is a recent picture I received from a shipment of seed that was stopped from sale to a European country. As you may be aware, there are a number of OECD Seed Schemes participating countries (mostly, but not all, in Europe) that are pushing to see the practice of stapling tags specifically banned in the OECD rules. This is partly legitimate because of the very situation depicted in the picture here, as well as the relative ease of unauthorized removal with minimal tampering evidence. This would be extremely problematic (and costly) for our producers here in Oregon if this ban passes. The OECD National Designated Authority (NDA) for the U.S. has pushed back hard on this request, primarily for the benefit of Oregon seed producers of OECD crops but his efforts will fall on deaf ears if this type of poor control of the tagging of seed lots continues. In my short tenure as manager here, I have heard this discussion at many meetings already. We are nearing harvest in the next couple of months and producers will begin to bag and ship seed again at high levels hopefully. Please pass this around or send out a heads up to your groups so that we can be sure that we are not providing further ammunition to those that are trying to shut down the stapling of tags on seed bags. 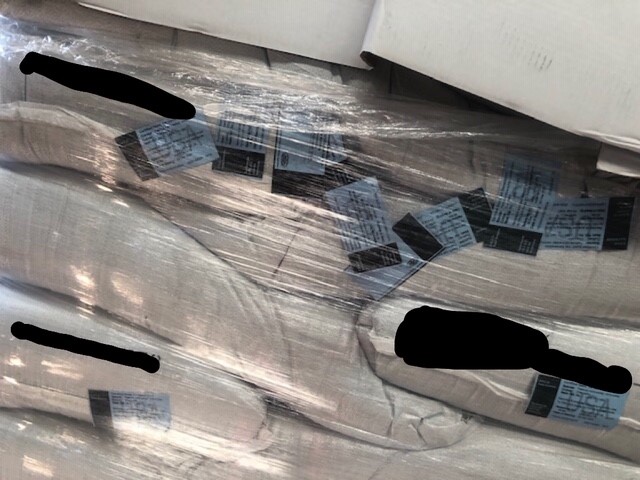