A bill that would encourage mediation between farmers engaged in disputes over biotech, conventional and organic crops in Oregon is headed for a vote on the House floor.

Disputes over genetically modified crops would be mediated by Oregon farm regulators under legislation that has won support from biotech critics and proponents.

Mediators from the Oregon Department of Agriculture would help resolve coexistence conflicts among growers of biotech, conventional and organic crops as part of House Bill 2509, which is headed for a vote on the House floor.

A farmer who refuses to participate in such mediation and later loses a lawsuit in the dispute would be required to pay the opposing party’s costs and attorney fees.

In conflicts over infringing farm practices — such as unwanted cross-pollination between crops — ODA officials would also oversee the collection of samples to establish a “chain of custody.”

Barry Bushue, president of the Oregon Farm Bureau, said if passed the legislation will cast a light on the number and type of such disputes, which are currently largely anecdotal.

“We feel this is highly preferable to any kind of mandates and practices that favor one type of crop over another,” Bushue said during an April 14 hearing before the House Committee on Rural Communities, Land Use and Water.

Committee Chair Brian Clem, D-Salem, said the proposal emerged from a work group on genetically modified organisms and has not met with any opposition from participants.

The bill was unanimously referred for a vote on the House floor with a “do-pass” recommendation during the April 14 work session.

While HB 2509 doesn’t provide for direct state regulation of genetically engineered crops, it would allow farmers to discuss their options before resorting to litigation, he said.

However, increased restrictions on GMOs are still on the table during the 2015 legislative session.

On April 21, lawmakers are scheduled to hold a possible work session on House Bill 2674, which would require ODA to establish “control areas” for biotech crops in which they’d be subject to regulations, like isolation distances.

Biotech crops growing outside control areas would be considered “an infestation subject to eradication” under HB 2674, which would also impose fees on GMOs to compensate farmers who are negatively affected by them.

The House Committee on Rural Communities, Land Use and Water approved several other bills during its most recent work session:

The AgDrone, shown in flight, is manufactured by a Wilsonville, Ore., company. It uses dual cameras to collect field data and map crop problems. Wilbur-Ellis, an ag services company, won permission from the FAA to use the drone commercially.
HoneyComb, the drone manufacturing company based in Wilsonville, was started by three young entrepreneurs from small Oregon towns.

Wilbur-Ellis, one of the country’s prominent ag service and supply companies, has received FAA approval for commercial use of a drone manufactured in Oregon.

The company will fly the AgDrone, made by HoneyComb Corp. of Wilsonville, 20 miles south of Portland. The company, started by three young entrepreneurs from small Oregon towns, makes a battery-powered winged drone equipped with visual and spectral-imagery cameras that can map fields and spot crop problems.

The company was featured in a January 2014 article in the Capital Press.

Wilbur-Ellis spokeswoman Sandar Gharib said the company doesn’t have immediate plans for widespread drone use, but is testing the technology. In a prepared statement, technology Vice President Mike Wilbur said the company has an “overall mission to explore the role that emerging technologies can play in precision farming.”

Ben Howard, HoneyComb’s software engineer and one of the original three partners, said Wilbur-Ellis bought one drone and will use it first in South Dakota.

“It’s good validation to have a big company like Wilbur-Ellis pick it up,” Howard said. “To have their stamp of approval really helps.”

In the past year, HoneyComb has moved from start-up space at Portland State University to a manufacturing and office site in Wilsonville, and it how has 16 employees.

The drone costs $15,000, and the company provides one year of data processing for $6,000. The latest model has a Kevlar exo-skeleton. It comes with a carrying case and is intended to be tossed in the back of a pickup, taken to a field and launched. According to HoneyComb, its sensors feed into a cloud-based processing system and generate plant stress or other maps within minutes.

Howard said Wilbur-Ellis will use the AgDrone to scout fields and generate chemical prescription maps based on plant health. Applicators will be able to target only the sections of fields that need attention.

Using unmanned aerial vehicles, or UAVs, to collect field data has been a top topic for the past couple years. Critics have raised questions about privacy, air traffic safety and security, in part fueled by the military use of drones to locate and destroy enemies. The FAA is still plowing through procedures for civilian use.

Approval by the FAA comes with restrictions. Operators can’t fly the drone at night and must keep it within visual range. It must stay below 400 feet altitude, can’t exceed 100 mph and can’t be flown within five miles of an airport.

The application was supported by the Small UAV Coalition and opposed by the Air Line Pilots Association and the National Agricultural Aviation Association.

The Linn-Benton Women for Agriculture Scholarship Committee is now taking scholarship applications for the 2015-2016 school year!

This scholarship is open to both men and women, who are pursuing a degree in any agricultural field.

Criteria are:
1.) Student must be pursuing a degree in an agricultural field
2.) Student must have resided in Linn or Benton counties a minimum of 2 years during their high school career
3.) Students must have sophomore status in college by fall of 2015

Applications must be received by April 15, 2015.  Download one here.

Please contact Mandi Mack for more information at mackmandi@gmail.com.  Applications must be received by April 15, 2015. 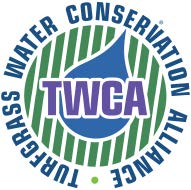 The Mountain Meadows Owner Association (MMOA) is a 55 + community in Ashland, Oregon consisting of 226 houses and condominiums built over a 27 acre area. It is owned and run by the resident owners through an elected Board of Directors. The area is well landscaped with trees, plants and lawns. Lawns are located throughout the community in parkways, front and back yards, and in a large park where outdoor events and celebrations are held. Included in this landscaping is 66,000 sq. ft. of lawn, which is expensive to irrigate. In 2013, the Board of Directors decided to reduce the amount of irrigation water being used, which would also assist in reducing costs due to the rising cost of water. A task force chaired by Gideon Wizansky was established to study and implement these goals. Driving this study is the fact that Mountain Meadows is one of the largest water users in the Ashland utility district with up to 60% of that consumption outdoor use.

City of Ashland (COA) Conservation Specialist and TWCA member Julie Smitherman has been working with MMOA to reduce water consumption. One of the approaches is a Lawn Replacement rebate to replace hard to irrigate, hard to maintain areas of turf with more water efficient landscaping.
“Julie approached us about working with Mountain Meadows in the fall of 2014,” says TWCA Program Administrator, Jack Karlin, “she set up the initial meeting with Mountain Meadows and has really just done a ton of the legwork to make this project happen.”

Local contractor Bill Bumgardner, owner of Bumgardners Landscape and past Chair of the Southern Oregon Landscapers Association (SOLA) will be doing all of the site preparation in advance of the seeding. The TWCA is donating approximately 1000 square feet of water efficient grass seed to the Mountain Meadow community for this pilot project. Focused on demonstrating the overall turf quality of water efficient grasses to the entire community the grass will be a spring plant 20th April 2015. If this pilot project is successful Mountain Meadows plans on replacing all their turf with TWCA qualified grass in the fall of 2016.